This dish makes a fantastic warm salad for a night when you *want* the virtue of being able to call at least half of dinner a “salad” but you don’t actually want to *eat* a cold salad. It counts: it has dressing.

Chop the bacon and put in a large, heavy skillet over medium heat.

While the bacon is browning, slice the root end off your brussels, halve lengthwise and cut each half into about thirds. Set aside.

When the bacon is browned, remove to a paper towel to drain. Add the brussels to the fat left over in the pan (1 – 2 Tbsp. if more fat; drain some, if less; add some). Sprinkle with salt and pepper.

While the brussels are cooking, prepare your dressing. In the carafe of a blender, bowl of a food processor, or cup of an immersion blender combine the milk, mustard, vinegar, anchovy paste, lemon juice, a big pinch of salt and a few cracks of pepper. Mince the garlic and throw in. Blend, drizzling in the oil as you go until an emulsion forms. Taste. Add the cheese if you’re eating it and buzz again to combine.

Serves 3 for dinner as a side (for something like nice pan-sauteed pork chops), with more dressing left over. If you want to serve this salad as a stand-alone dish, add a couple handfuls of leftover rotisserie chicken and top with a fried egg. As a stand-alone, this amount should serve 2.

This dish references a Mexican favorite, enchiladas, with much fewer carbs than the original dish. This version is more stew-like and makes a delicious (and quick) winter meal.

Gluten-free, paleo (with no cheese), primal

Add the chili powder, cumin and cayenne and stir. Sauté until fragrant. Hit the cancel button to turn off.

Peel and chop the squash.

Add the chicken, squash, tomatoes, and enchilada sauce to the Instant Pot. Seat the lid and hit the poultry button.

Let cool to release the lid.

Dump into a large baking dish, and shred the chicken.

This is a primal riff on a Middle Eastern classic, and is the perfect accompaniment to broiled lamb steaks. 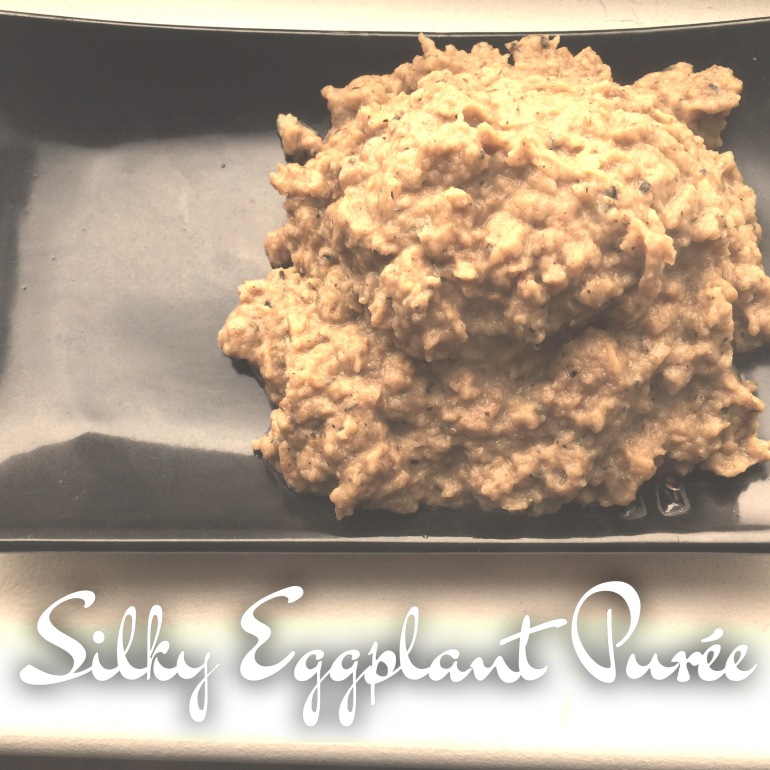 I swear. On day 1 this lumpy glob was silky and smooth. Even bumpy, this purée tastes amazing.

Set your broiler to high and cover a baking sheet with foil.

Take the ends off your eggplant, and quarter. Lay face-down on the baking sheet.

Broil 15 minutes or until the skin is blackened and starting to burn in spots.

Flip. Broil until the flesh is soft, 5 – 10 minutes (I did 5 minutes for the thinner top pieces and 10 for the thicker bottoms).

When your eggplant is done, add to the bowl of a food processor. Add the butter and cheese and blend until silky.

Taste. Add salt as needed (I did 2 big pinches). Taste again. If needed, add a dash of lemon juice or a couple cracks pepper.

Serves 4 as a side

I love it when I successfully trick my DH into eating foods he doesn’t think he likes. This recipe contains a vegetable he just can’t get into – eggplant – and if he noticed it, he didn’t mention it. 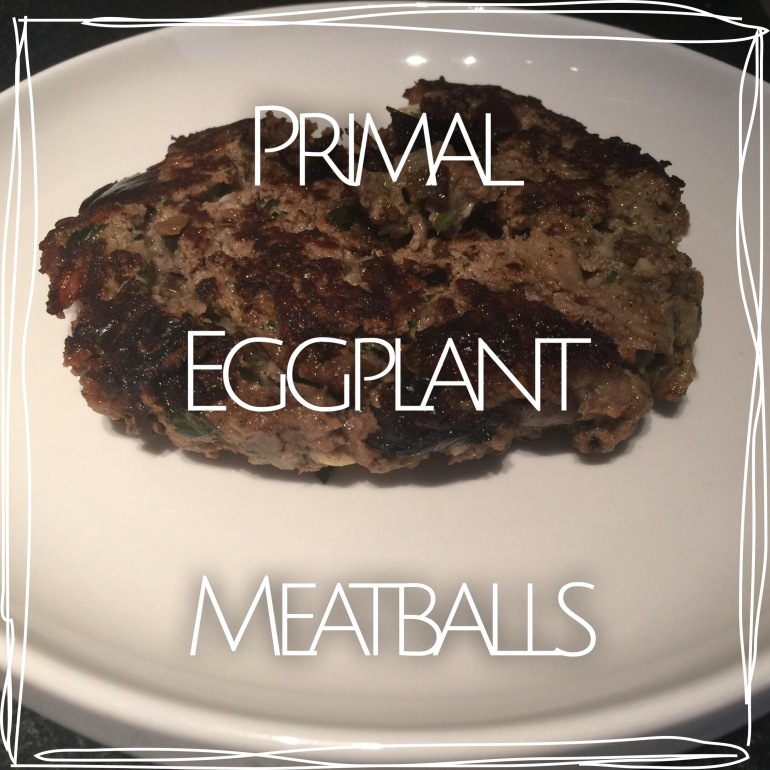 First, bake the eggplant. Cube, toss with fat and sprinkle with salt and pepper. Bake at 375 F for 45 minutes, flipping once during cooking.

When cool, combine 1.5 cups of the eggplant with the ground beef, minced garlic (2 Tbsp.), chopped parsley (2 Tbsp.), the zest of the lemon, the juice of the lemon, cheese, and spices. Hit with a big pinch salt and a few grinds black pepper.

Serves 3 – 4, depending upon what you serve these with.

Purchase my e-Books on PayHip