This day was one of the highlights of the trip. If you are planning on island hopping while in Croatia, and I highly suggest you do – you are missing out otherwise, I suggest going with one of the package tours.

The one we chose (Mayer Tours) was an 11-hour 5-island tour and came recommended on Pinterest somewhere. These guys were good – we did not get to visit the main attraction of the area – the Blue Cave – due to large swells closing the cave off for a few days, but that was okay. From what we’ve heard, all the boats that want to visit wait in line for up to 2 hours for a time slot, then offload passengers into an even smaller boat 10 at a time for a 15-minute tour of the cave.

I’m cool with not having waited for 2 hours to get in.

Our original plan scrapped, the days’ plans shifted continually, and I’m not 100% sure where all we went. I know we saw Korcula, Brac, Vis, a couple sandy beaches, Hvar, submarine tunnels, and military lookout points. Not sure what all else – but, as with any tour you pick or way you choose to see the islands, it was all freaking stunning. The water is crystal clear, oddly less salty than the Atlantic (at least to an East Coast of the US girl), and all the little towns and beaches are beautiful for some reason or another.

Super cool day, despite being on the back of a fast rib boat in the wind and noise and sea spray for most of it. (I hate wind and being wet and cold – so that’s saying something if I was still happy for an 11-hour day). 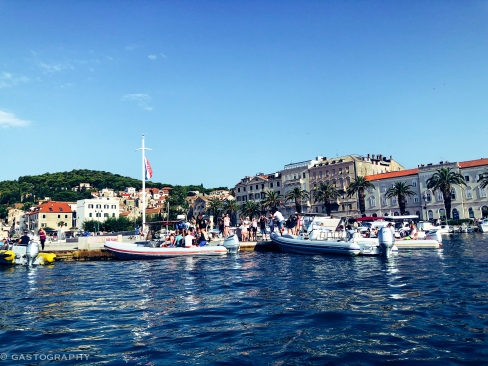 Pulling away from the pier in Split 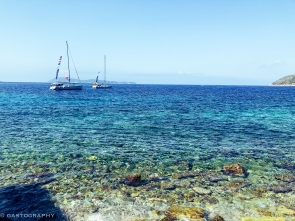 Have I mentioned ad nauseam how much I like seawater blue in all its hues? Back on the water So many interesting varieties of boats 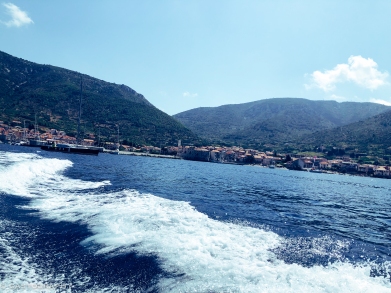 Definitely back on the water And more – because restraint is not my middle name. 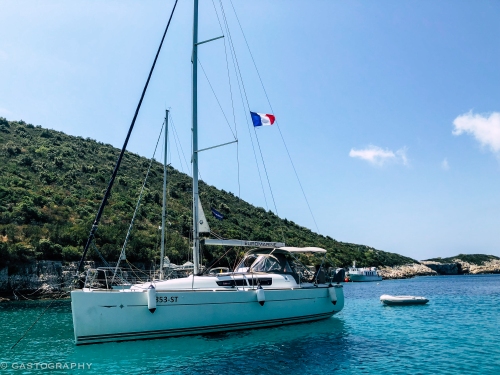 A little France v Croatia while stopped to swim Our ride for the day

One of the beaches we hit Sea urchins in the wild How studly is this guy? 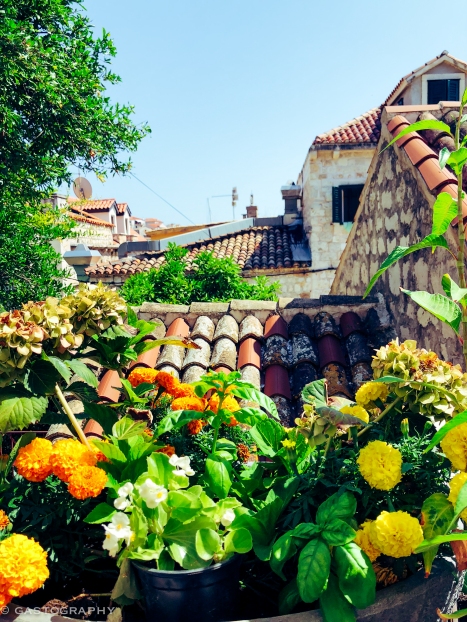 Lunch in Hvar – which was our least favorite stop

Unsurprising, given the banners proudly advertising 150 years of organized tourism

And that’s it for our island hopping day.

Onwards to the last destination!

I am an American expat who loves to explore the world through the plate and is always curious to learn more. View all posts by cochrancj

Purchase my e-Books on PayHip